Genesco Inc. Names President And CEO Mimi E. Vaughn To The Additional Role As Board Chair

, /PRNewswire/ --  (NYSE: GCO) announced today that , 54, the Company's president and chief executive officer, has been named to the additional position of chair of the board of directors, effective . Vaughn will succeed , 66, implementing the final step of a transition plan that began in 2018. 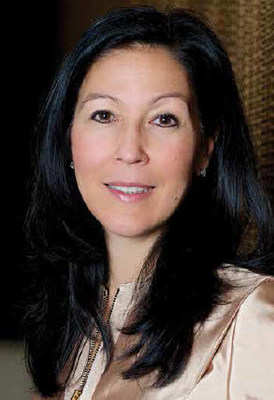 Dennis served as Genesco president and chief executive officer from 2008 to 2020 and most recently as executive chairman.  He will retire from the board effective , after serving as chairman for the past 10 years.

" has led Genesco in some of its most exciting periods of growth and has navigated the Company through several important events in our history.  I would like to thank him for his 15 years of dedication and leadership with the Company and celebrate his lasting legacy as one of Genesco's most visionary leaders," said Vaughn. "I look forward to working with our board, our management team and our tremendously talented employees to build on the Company's strong foundation and continue to execute our strategic vision to increase shareholder value as a leading footwear-focused company."

Dennis added, "Mimi's strategic insight into our businesses will serve our board in an impactful way.  She is a dynamic leader as demonstrated through her successive roles at Genesco, including most recently as president and chief executive officer. Over the past several months with the COVID-19 pandemic disruption, she has done an exceptional job leading the Company during extraordinary times. I have tremendous confidence that the future of Genesco is in excellent hands."

, 51, a veteran of Genesco's board, and former chief executive officer of and , will continue to serve as the Company's lead independent director.

About
, a -based specialty retailer, sells footwear and accessories in more than 1,475 retail stores throughout the , , the and the , principally under the names Journeys, Journeys Kidz, Schuh, Schuh Kids, Little Burgundy, Johnston & Murphy, and on internet websites www.journeys.com, www.journeyskidz.com, www.journeys.ca, www.littleburgundyshoes.com, www.schuh.co.uk, www.johnstonmurphy.com, www.johnstonmurphy.ca,  www.trask.com, and www.dockersshoes.com.  In addition, Genesco sells wholesale footwear under its Johnston & Murphy brand, the Trask brand, the licensed Dockers brand, the licensed Levi's brand, the licensed Bass brand, and other brands. For more information on Genesco and its operating divisions, please visit www.genesco.com.